Scottsdale Martial Arts Center, Inc. had its beginning under the name of Arizona Wado Karate. The center was originally located in Mesa and was owned and operated by Sensei Marlon Moore.

In the mid-80s, Sensei Marlon Moore came down with a debilitating illness and turned over the operations to his senior student, Ray Hughes. While managing the operations of the school, Ray started a second school in Scottsdale, located at the YMCA, and operated both programs under the name of Arizona Wado Karate until Sensei Moore returned. Soon after Sensei Moore’s return, Ray opened a school in the Scottsdale Airpark not far from the YMCA. Ray managed both the Scottsdale YMCA karate program and the school in Scottsdale Airpark until 2002.

Ray decided to change the school from a karate only facility to a multiple art facility. This change allowed the center to expand its services, which allowed more people of every age and skill level the opportunity to explore the modern benefits of the martial arts. Though it was not uncommon to see a school host two arts, this school was unique in that it offered 10 different arts. At this time, the name of the school was changed to Scottsdale Martial Arts Center, Inc. to better represent its new direction.

The center grew and it became apparent that a new facility was needed. So Ray started the process to fulfill a lifelong dream to design and build his own facility. He gathered together a group of individuals from the school that shared his vision. These individuals, fathers of children in the karate program, were experts in their fields of finance, law, and real estate. Together they came up with a plan to develop and build Scottsdale’s first and only premier martial arts center.

After many ups and downs and almost four years to the date (the same amount of time it takes an adult to reach a traditional black belt) the doors of the Scottsdale Martial Arts Center, Inc. opened on September 5, 2002. That same year, Sensei Ray Hughes handed the YMCA program over to one of his students.

Today, Scottsdale Martial Arts Center, Inc. is Scottsdale’s premier martial arts center. Not only is it the oldest martial arts school in Scottsdale, it is thriving as the largest and most diversified. 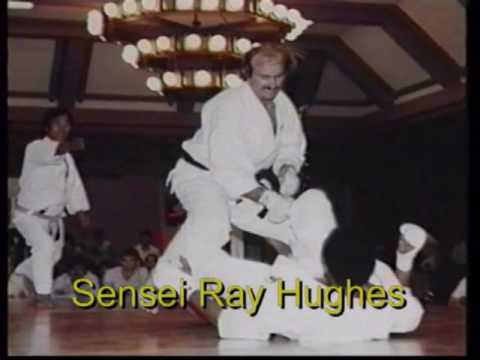 History is a cyclic poem written by time upon the memories of man.